Optional Soundtrack for this One

A couple weeks ago, I had a long conversation about comics with Keith Burman, who is not only a major fan of the medium but also the exceptionally talented bassist/lead singer of the Chicago punk-rock band Private Instigators. We were plotting out a story that may yet see the light of day, but during our talk, Keith said something about comics in general that struck me.

The current trend in comics storytelling is to eschew stand-alone issues in favor of arcs and events, which can be annoying but is wonderful if done well. Keith’s point was that one of the ways to do a story arc well is to always end each portion of the tale with the main character in over their head. 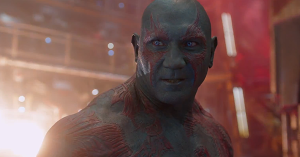 It may not work for this guy.

His illustrative point, and possibly the best one, is Brian K. Vaughan’s Y: The Last Man, which if you haven’t read it, stop reading this right now and go acquire the first volume. I’ll wait.

Don’t you immediately want to read the subsequent nine books?! (And they’re worth it…Safeword, the fourth volume, is one of the finest sustained pieces of comics storytelling ever.)

Back to the main point. Yorick Brown is a man who possesses incredibly limited skills: an English degree, a talent for magic tricks and feats of escape, a trim but not athletic body, a monkey sidekick, and an overwhelming need to be reunited with his girlfriend. Not all of this is useful when you’re the only man who survived a plague that killed every living male and there’s now a multitude of women with different agendas on your tail. Yorick is constantly in over his head, and in each arc Vaughan invents an increasingly dangerous scenario for him to be trapped in. And even though we as readers suspect Yorick will make it out alive, his allies and nemeses and random people he meets along the way are always in danger of dying.

This suspense is what keeps you reading. But even more important is the empathy Vaughan creates. We understand all too well that Yorick is in over his head. We know he is a flawed but genuinely good person who is determined to protect himself but also his friends. And we root for him find the best way out of his predicaments because we know that for all the odds against him, that determination can carry him through.

Getting in over your head, of course, doesn’t have to involve superhero exploits and giant sci-fi/action scenarios. Keith’s analysis made me realize that in my three current major works in progress, my protagonists are definitely in over their heads.

In Form of a Question, the autobiographical comic currently in the art stages, Andrew (yes, me) is continually over his head because his brain is more equipped to deal with knowledge and information than emotions. Andrew is far from unfeeling—his emotions run deep and wide—but what resonates so much in private is continually hard for him to express in public. He can compete on game shows without flinching, but having honest conversations with his friends, facing the death of beloved relatives, even attempting to talk to women…all of these are uncertainties that create hurdles almost too high for him to cross.

Another story I’m working on right now is completely different. It is a small, intimate love triangle without any life-or-death scenarios. However, the man at the story’s focus is definitely in over his head because he is simultaneously romancing two women and, beyond keeping his double life a secret, feels an increasingly powerful need to choose one.

My last story is a bit different. Far from a post-apocalyptic tale, this is a story happening during the apocalypse. The heroine faces an increasingly out of control scenario with aplomb. She technically is over her head all the time, but it barely registers to her as she gets on with the business of surviving. What finally breaks her is when she, a person of materialism and reasoning, must confront the possibility of supernatural means for the destruction and realizes she cannot handle such a conclusion.

This new analysis helped me recognize some certain truths in my storytelling. Putting my main characters in situations over their heads generates an emotional connection. Readers probably aren’t going on incredible quests, but they definitely can recognize wants, needs, and conflicting emotions. More importantly, as my great mentor Michael Tabb first impressed on me and as so many other writing gurus have pointed out, a story only works if a character arcs by the end of it. The “over their head” rule demands that a character find something new within them to emerge from the situation, and that something new should change them.

In conclusion, if your story features a character who isn’t dynamic enough, find a new conflict that your character can’t handle. Toss them in over their heads and see how they deal.

As a sidebar to this, I had an “Eureka!” moment lately that also speaks to how I tell stories. 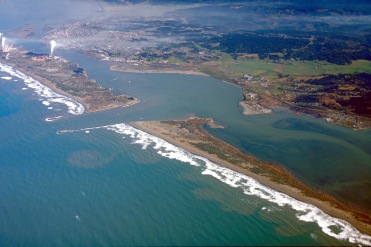 I didn’t have it here, though.

There is one project of mine that I have been working on for eighteen months. It contains two stories, one that affects the main character, the other the whole world, and the two strands ultimately are tied together. But it took a year and a half of writing and rewriting for me to realize that I never made the connection between them explicit.

In rereading my last draft after making this observation, I further realized that the two strands were operating in a parallel structure. Every beat of the story which allowed my heroine to advance one step closer to her goal was immediately followed by a beat in which the world took a step closer to its own transformation. I had honestly not even consciously considered this during the writing process. The beats were moving in the most natural progression for me. But in my subconscious, my brain was ordering these beats in the best possible way. After making this fortuitous discovery, all I needed to do was rearrange some panels and add some new dialogue. Voila! Connection made!

Two lessons learned from this.